“A child is a miracle
and gift we can create.” 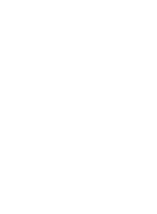 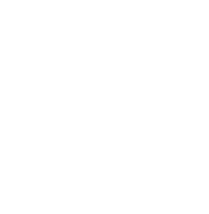 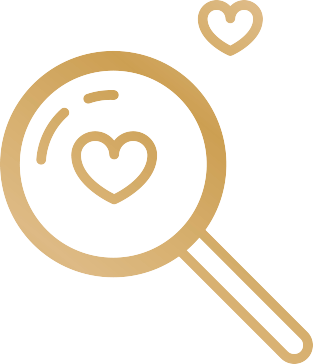 PGT is possible for the following cases:

The first step is as same as the IVF, starting from the ovarian stimulation to the fertilization preparation and growing the embryo to the appropriate phase for PGT, which is divided into three stages.

In general, the doctor examines the embryos at the Blastocyst Stage because there are enough cells for examination with the fewest impact on the embryo growth and the difference of genetic materials in each cell might be detected, which is called Mosaicism. When the embryo reaches the cell division stage and has enough cells in the placenta, which is regularly 3-5 days after fertilization, the cells of each embryo are sucked under high magnification for genetic testing to identify if the embryos are normal or not. Select the strongest embryo with no disease to transfer back to the uterus for implantation and pregnancy. Currently, the data of an infant born through this technique is at a high rate, and their development is normal. For this reason, it is acceptable that the infant born through this technique has no difference from the infant born through a natural pregnancy. Therefore, the testing is the genetic test of the screening cells, and the obtained cells are the representatives of the entire cells of the embryo since the testing is more deliberate and complicated than testing with blood or other tissues because the genetic materials in one cell are low. As a result, the testing requires accuracy, time, and high experience from doctors or scientists for the highest precision and less disturbance to embryos.

Today, PGT has various techniques depending on the genetic disorder, single gene disorder, or numerical aberration. Each technique has different complications and diagnosis precision.

For treatment guidelines for a couple at Genesis Fertility Studio, a team of doctors gives the treatment guidelines and technique by individualization based on the current medical indication for the most appropriate and precise outcome at the appropriate time and cost to suit each couple. We ensure that the best technique and approaches are offered to you, along with the novel certified techniques.

PGT has a limitation to the precision of results; the precision is 95-99%. However, this technique cannot replace the prenatal diagnosis. Thus, even though the PGT results show normality, it is recommended to take prenatal diagnosis as same as the natural pregnancy. Besides, a couple should acknowledge the possibility of having the appropriate embryo for the transfer because the cause of infertility and the quality of gamete of each couple is different. Preimplantation genetic diagnosis might have a low number of normal embryos or different numbers of embryos in each cycle, especially in a person who has a screening for the disease caused by a single gene disorder, such as thalassemia, and HLA that matches with the child with the disease. Therefore, a couple might have to have ovarian stimulation to get the appropriate and sufficient embryos for disease screening and pregnancy. 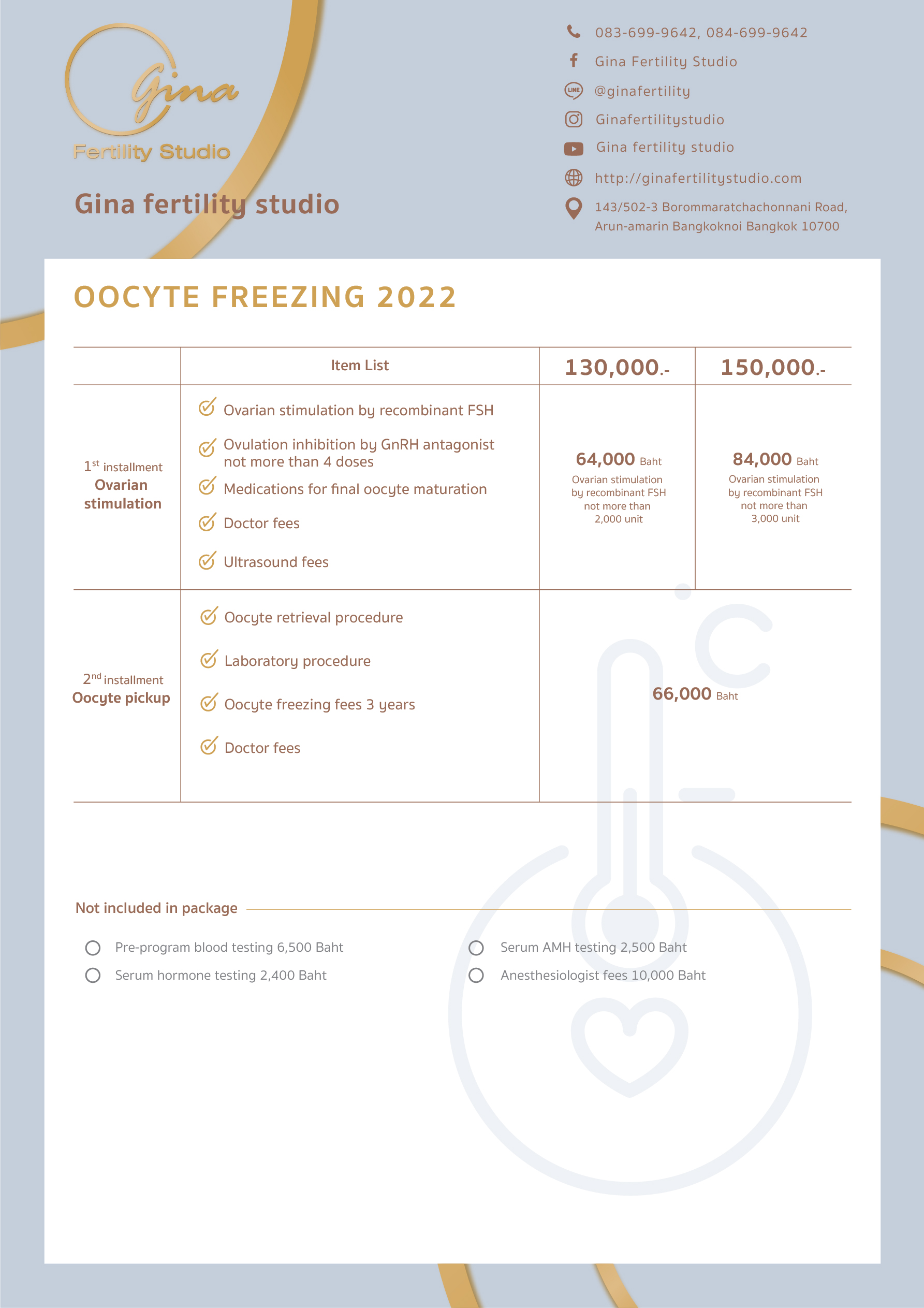 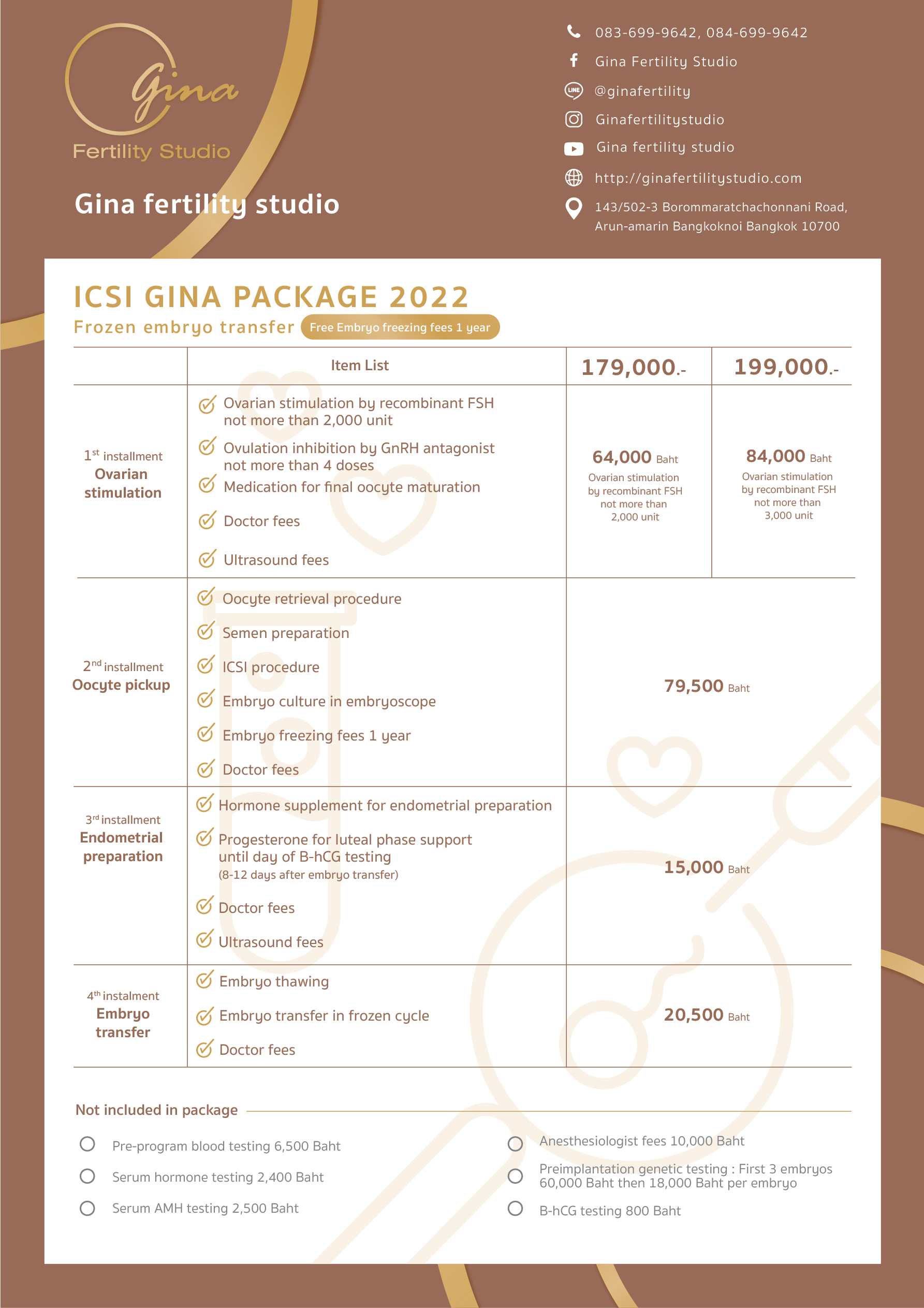 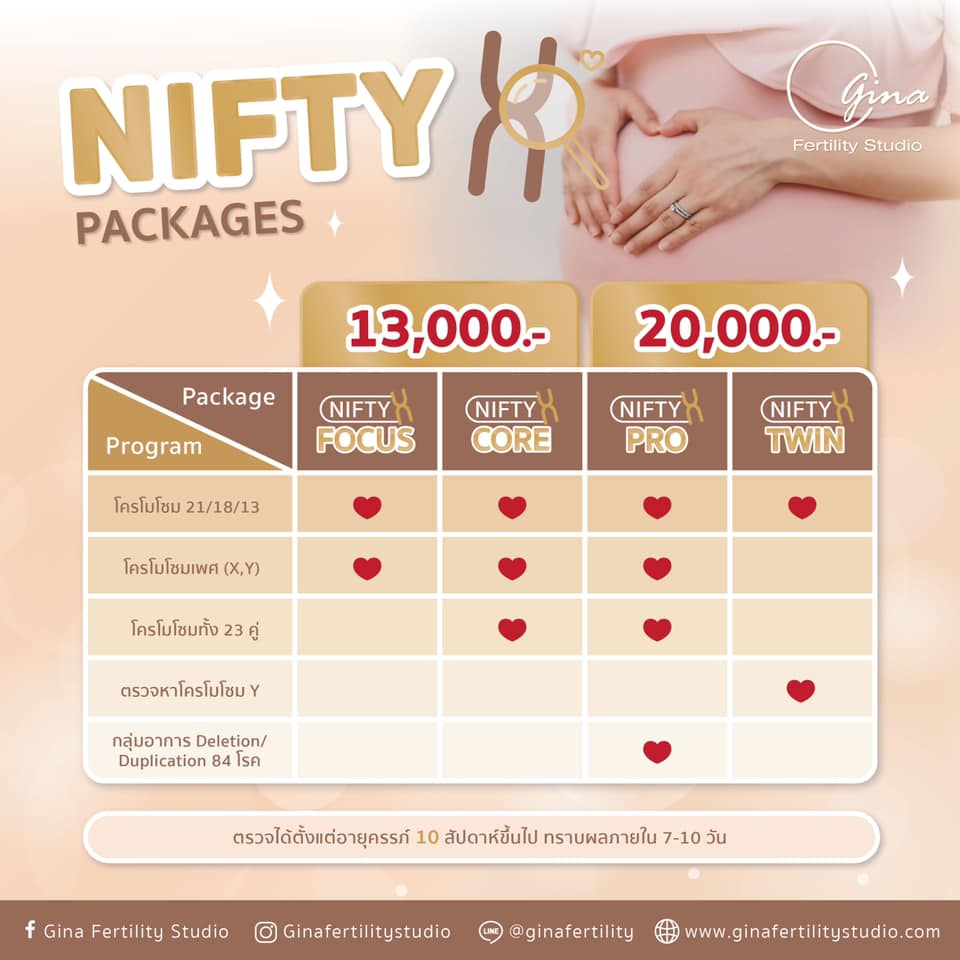 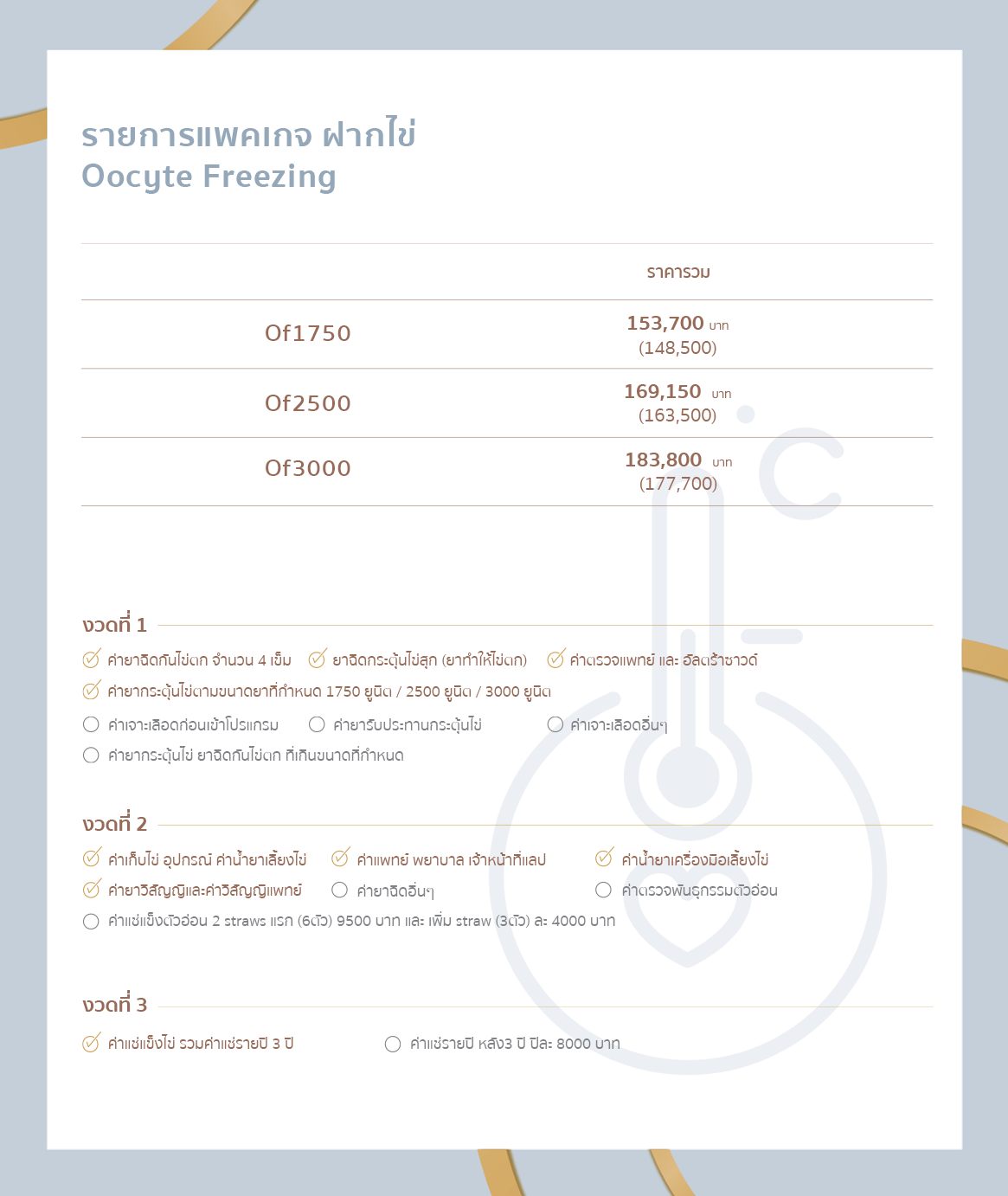 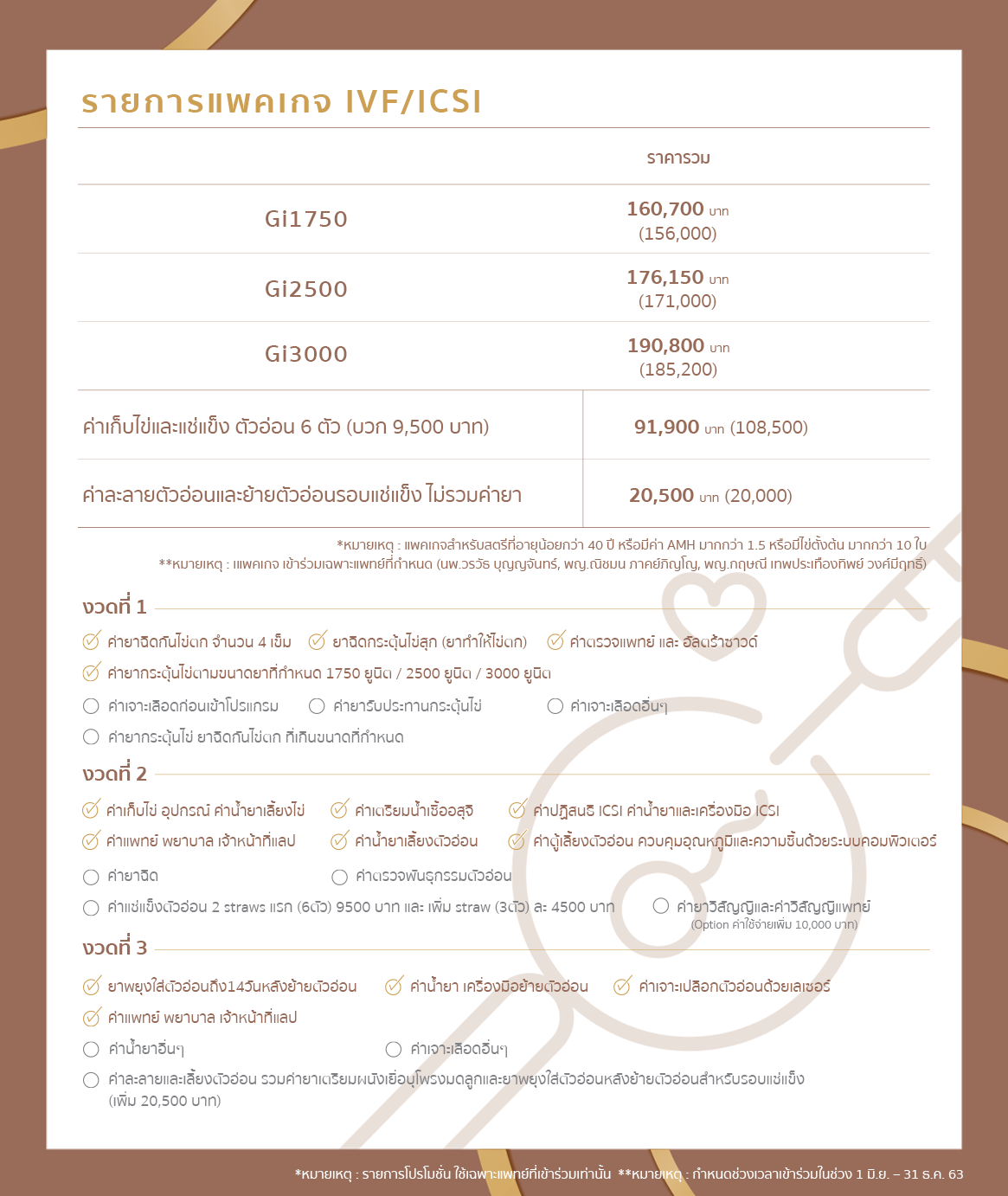 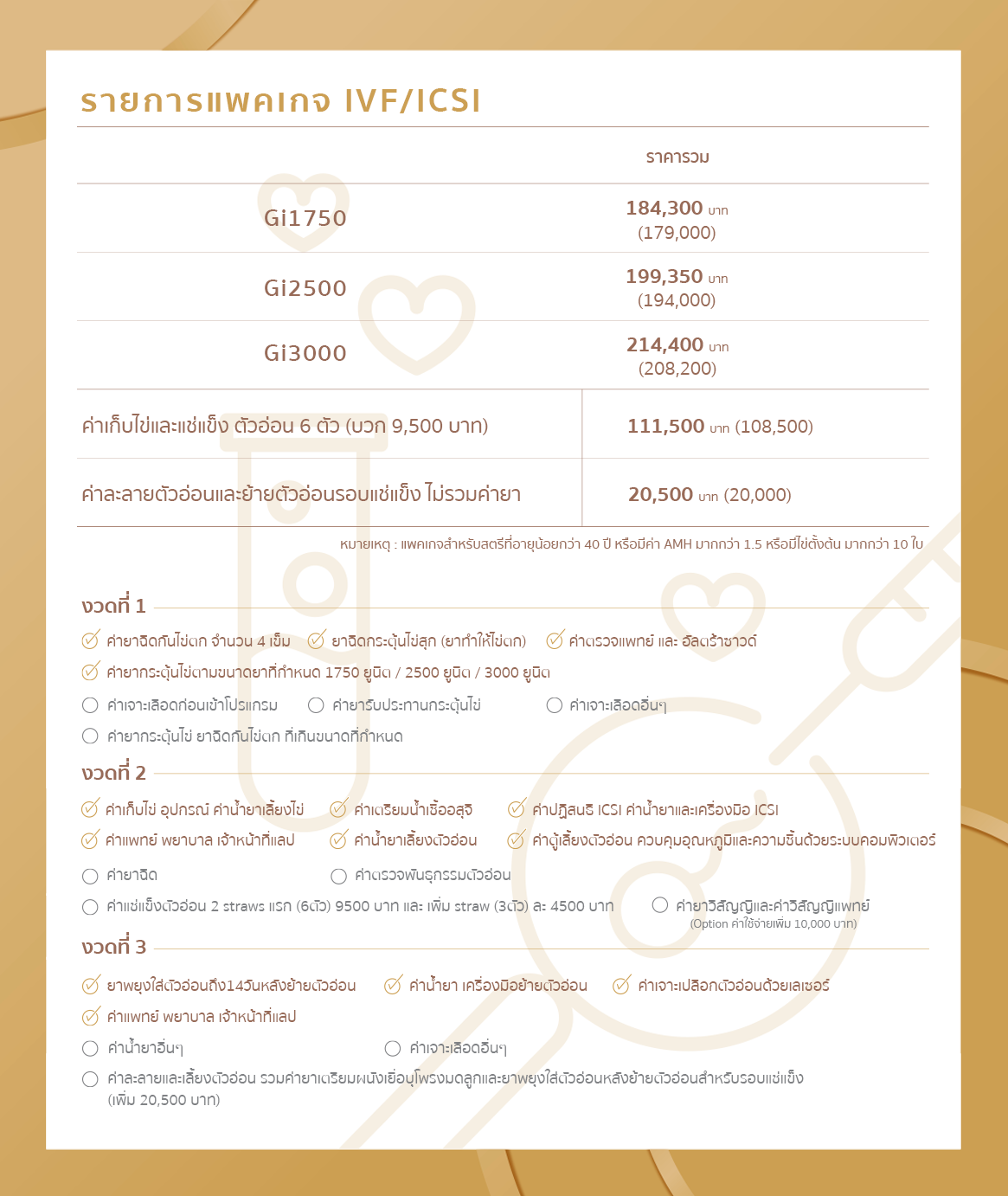